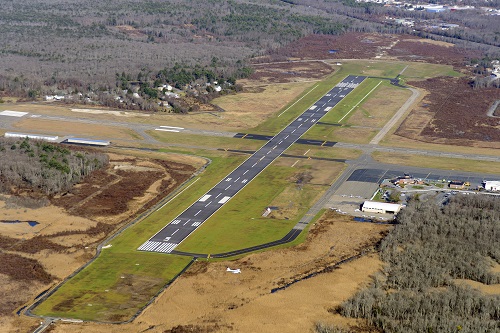 New Bedford Regional Airport has seen significant investments from both the FAA and MassDOT Aeronautics over recent years. The funding agencies have recognized, in large part, thanks to the efforts of the Airport Commission and previous Airport Administrations, that New Bedford is well positioned as the hub of the Massachusetts South Coast region.

As a result of interest in expansion, careful planning and community coordination, a 5-year, $30 million program of projects was planned, constructed and recently completed with the opening of the new & improved Runway 5/23 in October of 2014. Below is a table outlining the projects and the associated investments by the Federal Aviation Administration, Massachusetts Department of Transportation, Aeronautics Division and the City of New Bedford through the New Bedford Regional Airport. It is important to note that these projects leveraged significant federal and state monies, which if it were not for these aviation-related projects, would not have been invested in our local community. Additionally, the local share from the City of New Bedford was paid for and financed by the Airport as part of the Airport Enterprise Fund as opposed to coming from the City’s general fund.

The 2014 Runway 5/23 reconstruction was a mammoth effort and large-scale project requiring the hard work and timely efforts of a large number of participants. Check out some pictures of the project:

The new & improved Runway 5/23 opened to traffic on October 16, 2014, with a regularly scheduled Cape Air flight as the first landing on the new runway. On October 17, 2014 the Airport hosted a Ribbon Cutting & Grand Re-Opening Ceremony for the new runway. The event was designed as a thanks to those involved with the project and the based businesses that worked very hard during the various stages of the construction to keep operating through a variety of changing conditions as construction advanced. Speakers at the event included New Bedford Mayor Jonathan Mitchell, U.S. Congressman Bill Keating, FAA Regional Administrator Amy Corbett, MassDOT Aeronautics Administrator Chris Willenborg and Cape Air Founder/Owner and State Senator Dan Wolf. Following the speaking portion, attendees were invited to take part in a ribbon cutting ceremony on the new runway, immediately followed by the symbolic first departure, made by Dan Wolf. Following are some pictures of the event: