To maximize the investments made by the Federal Aviation Administration (FAA) and the Massachusetts Department of Transportation, Aeronautics Division (MassDOT), the New Bedford Regional Airport has an aggressive and forward-looking Capital Improvement Plan laid out. Working in conjunction with the funding agencies and elected officials, the Airport Administration and Airport Commission have prioritized safety and efficiency when planning projects.

Given the comprehensive and lengthy environmental review & approval process in Massachusetts, and so as to stay on schedule for upcoming FAA grants for these construction projects, this project is intended to prepare an Environmental Assessment (EA) for applicable projects included in the Airport’s short-term CIP plus acquire permits for the FY2015 Taxiway A project, the FY2016 Phase 1 Apron project, and the FY2017 Tree Clearing associated with the Reconstruction of Runway 14- 32. Acquiring permits under this one project greatly reduces the administrative cost of performing separate projects. 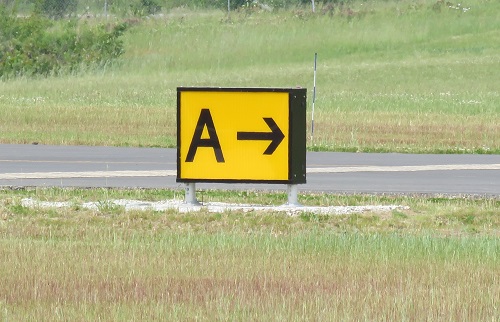 During 2015/2016 the airport will complete a reconstruction of Taxiway Alpha, the parallel taxiway for the Primary Runway (5/23). The project will be approximately a $4 million effort, with the majority of funding coming from the FAA and MassDOT Aeronautics, with a portion coming from the New Bedford Regional Airport enterprise fund. The construction will be phased to have the smallest impact on airfield traffic. Additionally, the “haul route” for the project has been designed to stay on airport property as much as possible and avoid impact to abutting neighborhoods whenever possible. Materials for this project will enter the airport on Shawmut Ave (by DPI and the dump), from Hathaway Road and then remain on Airport property.

The New Bedford Regional Airport finalized an Airport Master Plan Update (AMPU) in 2013 that recognized the existing commercial passenger terminal building (originally built in 1951) is antiquated and that the Airport needs to plan for its ultimate replacement. In support of this conclusion, the 2014 Massachusetts state transportation bond authorization included a $25 million earmark for the New Bedford Regional Airport with approximately $10 million being designated for the funding of a new commercial passenger terminal building, with the remaining designated for airport ramp repairs.

Prior to commencing facility design efforts, the Airport wishes to conduct a feasibility study to further assess and plan for the following:

Specifically, this study will employ a structured and systematic approach to meeting the project goals by following a defined decision tree. It will start with an existing terminal building assessment to review structural; mechanical, electrical, and plumbing (MEP); and architectural elements to determine the remaining life expectancy of the existing building’s major components. (Note that this will also include comparing existing conditions with current building codes to identify any upgrades as required by current building code regulations.) Essentially, this initial assessment will be used to determine if the existing commercial passenger terminal building can be rehabilitated, reconstructed in place, or if it requires ultimate replacement. This will include an assessment of potentially retaining the existing restaurant and ATCT in their current locations.

On a parallel track, the study will also review, refine and update the proposed terminal building program originally proposed in the AMPU. The results of this effort will be used as the basis for either updating the existing structure (if determined to be salvageable), or for the design of a new terminal building. If it is determined that a new terminal is required, the study will review potential terminal site locations either adjacent to the current location, or at other locations on the Airport. This will also weigh potential FAA Part 139 and ATCT considerations. Ultimately, this planning effort will result in an existing condition feasibility report and a recommendation for a terminal replacement approach, program and location.