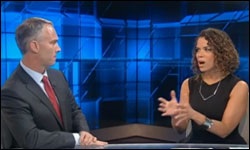 “Broad-based organic growth is the way to a sustainable future for a mid-size American city like ours.

Big projects like a casino or Olympic sailing are great opportunities if you can get them and you should go after them but, win or lose on those you must keep focused on the existing assets of the city,” said Mayor Jon Mitchell… Watch segment here 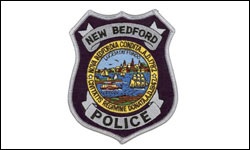 Crime Down in Virtually All Categories. Violent Crimes down 13%; Property Crimes down 17%. Officials attribute results to focus on police-neighborhood relationships. 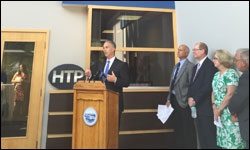 New Bedford, Massachusetts– Recently, Mayor Jon Mitchell and other elected officials joined with representatives from HTP to celebrate the Grand Opening of HTP Headquarters in the New Bedford Business Park.

HTP, Inc., designer and manufacturer of green, renewable, and high efficiency products for space and water heating, has expanded and consolidated its operations at the former AFC Cable Systems site in the New Bedford Business Park.  The company expects to create 40 new jobs, in addition to the 155 workers it already employs…Read more here on SouthcoastToday.com 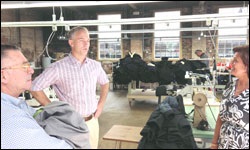 New Bedford, Massachusetts– Inside the brick former firehouse on Purchase Street, a small factory hums with activity.  Founder of UpMarket Stitchers, Jeff Rose, and his team of skilled employees are busy crafting high-quality, American made, private label clothing for luxury retailers.  UpMarket Stitchers has grown rapidly over the last several months and now employs eight full-time sewing operators, sample makers and pattern makers in addition to Jeff Rose who designs the apparel and leads the operation.

“I believe that if you can make something better than anyone else, the people who want the best will seek you out.  That is why UpMarket Stitchers is located in New Bedford.  I need people on my team with the skill, experience and pride to make things well,” said Jeff Rose.

Rose said his business model is a simple one.  “We make small quantities of high-quality private label product. We work with some of the finest retailers in the country and now internationally, too.”…read more here 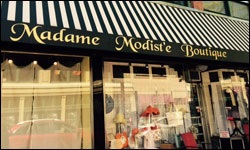 The boutique carries women’s clothing and accessories including handbags handmade by Ms. Almeida.