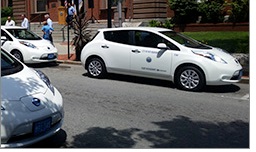 The cars are being assigned to New Bedford Health Department inspectors that operate in city neighborhoods.  The super efficient vehicles achieve the equivalent of 126 miles per gallon on city roads.  The move will also allow the City to retire ten older models that long ago exceeded their useful life, having been purchased in the early/mid 1990s… read more 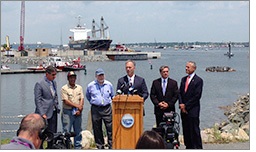 New Bedford, Massachusetts – At an event alongside the city’s Hurricane Barrier near Gifford Street, Mayor Jon Mitchell joined by other leaders, watched the arrival of the 409 foot-long *MV Thorco Svenborg*, the first vessel to offload cargo at the new $113 million New Bedford Marine Commerce Terminal. The 28-acre, $113 million New Bedford Marine Commerce Terminal was built over the past two years by the Massachusetts Clean Energy Center with the support of Mayor Mitchell and the City of New Bedford to handle heavy project loads like the wind turbine components arriving today.

A one-of-a-kind facility in North America, the purpose-built Terminal is capable of handling both traditional heavy cargo and serving as the staging area for offshore wind energy projects presently proposed for federally designated areas of open ocean off the coast of Martha’s Vineyard and Rhode Island… read more

Summer Sound Series on Pier 3 is Back 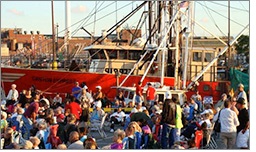 Mayor Mitchell said the city’s efforts to reconnected the vibrant downtown with the waterfront have been embraced by the community and visitors alike: “We have had great success since we started the Summer Sound Series three years ago. So I invite everyone to come to the New Bedford waterfront at the end of the work week to unwind, have some ice cream or lemonade at our new ice cream shack on Pier 3, and enjoy live music and good company.”… read more 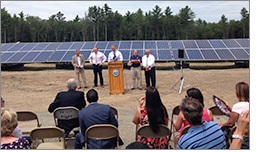 Under Mayor Mitchell, the City of New Bedford has pursued an ambitious, nation-leading effort over the past few years to reduce city government’s utility costs and its carbon footprint by securing deeply discounted “green” power from both solar and wind sources. With today’s commissioning, the City now has ten large-scale solar projects totaling 16 megawatts in operation. The original goal of the Initiative had been to secure 10 megawatts of solar energy … read more (PDF) 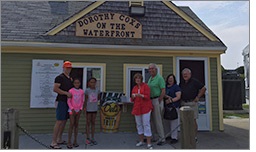 Now you can enjoy sweet treats from Dorothy Cox at its new location on Pier 3!   Grab a frozen lemonade or a hot fudge sundae and enjoy it on the New Bedford waterfront.