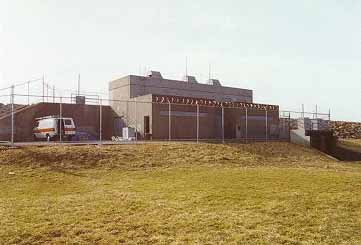 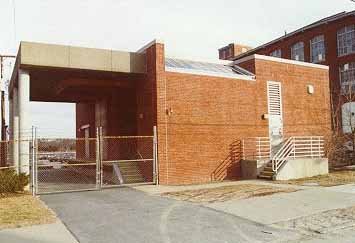 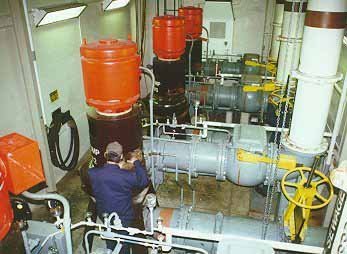 The City operates 23 wastewater pumping stations ranging in capacity from 0.1 to 14.0 mgd.

In addition to the wastewater pump stations owned and operated by the City,

there is one special flood control pumping station, owned by the Army Corps
of Engineers but maintained by the Division. It is used in the event of a major hurricane and/or damage to the existing treatment facility to divert wastewater flows into Clark’s Cove.

The Division has an active program to insure proper operation and maintenance of pump stations. This includes regularly scheduled maintenance, maintaining complete accurate repair records and properly training staff. In addition, over the last five years, the City has invested nearly $500,000 from operating funds towards pump station repairs and improvements.

Since 1990, the City has experienced a relatively consistent pattern of declining flows reflecting, primarily, the Divisions success in reducing non-billable extraneous flows such as infiltration and inflow (“I/I”). Average daily flows have fallen from 28.3 mgd to 21.3 mgd. Maximum daily flows, averaged monthly,have fallen from 64 mgd to 50 mgd. Flows to the plant reflect three distinct sources of wastewater:

Sanitary flow discharged to the sewer system by residents and businesses located in the City.

Stormwater entering the system directly through the combined system.